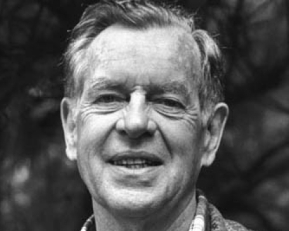 All who are familiar with Joseph Campbell would be aware of his massive four-volume work on mythology, titled The Masks of God.  In it, Campbell explores how myth is connected to our innermost core, wherever the world we are from – it is a comprehensive compendium of world myth as well as an in-depth analysis of its psychological roots and historical development.

In the very beginning, Joe gives us the lesson of the mask: where everyday reality is stripped away and we enter into the world of make-believe.  But this is not the delusional world of the mentally disturbed, but the fantasy land which exists within all of us; where the extremes of religious rapture and artistic ecstasy reside.  This is where we put on the mask and play at being God.

The Lesson of the Mask

Campbell quotes Leo Frobenius about the “daemonic world of childhood”, about a child who plays with three matchsticks, imagining them as Hansel, Gretel and the witch.  After sometime, the child’s father hears her shrieking in terror.  When asked the reason, the child says: “Daddy, Daddy, take the witch away!  I can’t touch the witch any more!”

This vivid, convincing example of a child’s seizure by a witch while in the act of play may be taken to represent an intense degree of the daemonic mythological experience.  However, the attitude of mind represented by the game itself, before the seizure supervened, also belongs within the sphere of our subject.  For, as J. Huizinga has pointed out in his brilliant study of the play element in culture, the whole point, at the beginning, is the fun of the play, not the rapture of seizure.

Yes indeed: playing at “make-believe”, as we say about childhood, little knowing that it points to some of the core needs of our mythical psyche.  The mask, while remaining a mask at the level of conscious thought, becomes God at a much deeper level.

How a Grove Became Sacred

People who follow this blog might remember an earlier post on a Sarpakkavu, a sacred grove for serpents, that my sister (an artist) created.  Though done in a totally secular manner, the “consecration” of the grove created a mythical atmosphere and our cleaning lady, a believer in the snake deities, went into a trance.  While discussing the matter, two viewpoints surfaced – the “rational” one condemning the ritualistic aspects, and the “traditional” one acknowledging the power of the deities.  Curiously, my sister and myself, both practically atheists, found ourselves in the minority by accepting both the viewpoints partially while rejecting their exclusivity.

To explain, I found myself taking up an analogy of a tennis court. On one side is the rationalist, and on the other, the believer.  For them, the net is real: as well as the match as they keep on hitting the ball into the other court, trying to score points in endless rallies.  The agnostic sits on the net, sometimes cheering one, sometimes the other.

For the artist as well as the connoisseur, however, the net doesn’t exist. The two halves of the court overlap in different dimensions of the mythical realm.  The match is an illusion, which is why it never ends – it’s “play”.

All these thoughts came up afresh in my mind as I watched a series of plays as part of the International Theatre Festival of Kerala (ITFoK) 2018, here in my hometown of Thrissur in Kerala. I watched plays ranging from the traditional ones presented on the proscenium stage (Palestine: Year Zero), plays incorporating elements of farce and epic theatre (Mundo Mozart, Bad City), a Chaplinesque comedy discussing the unbearable reality of refugee camps (Borderline), a couple of plays performed by single persons (My Body Welsh, Notes on Chai), a street-play of sorts by the children of sex workers (Red Light Express), a disturbing play from Manipur, depicting violence using a mix of dance and martial arts (Nerves) and a unique production without any noise based only on sign language (Say, What?). Diverse as they were, these plays had one thing in common: they were playing at make-believe. 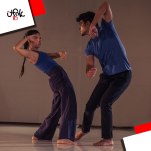 Campbell once said that the myth-makers of the current age are the artists, and I have to agree.  Nowhere is this more evident than in drama – no wonder we call a dramatic production a “play” (perhaps not surprisingly, my native language of Malayalam uses the same term – “Kali”, meaning play – for most stage performances of a dramatic nature). Also, masks are integral part of drama in many parts of the world – indeed, the iconic Greek masks of comedy and tragedy have come to symbolise drama in toto.

No play is ever realistic in the sense a movie is.  Even in the plays where the proscenium stage is used and the audience looks onto a set approximating a real-life setting through the absent fourth wall, the unreality is evident; in the modern play, even that semblance is not there.  In all the plays I saw, the set decorations were either minimalist or the stage was entirely bare.  The acting, in most cases, was stylised. The aim was not to make the audience feel that they were watching a real event – the aim was to emphasise that they were not.  The viewers were thus forced to move to a different plane of perception, to the “level of sentiments”, where the matchstick became the witch.

Getting transported to a mythical level while watching a stage performance is second nature to us Keralites, because most of our plays are rituals, and our rituals, plays.  The highly stylised attire of the Kathakali dancers (Katha-Kali – “Story-Play”), the Koodiyattom artists and the Koothu performers are not much different in style from the ritual players who perform the temple arts of the Theyyam and the Thira. As Arundhati Roy says in The God of Small Things, even when the stories are known to everybody, we keep on watching these performances.  She says it is due to the greatness of the story.  While I agree, I feel it’s only partially correct.

The real reason, I feel, is the magic of the mask.  As we enter into the spirit of play, we willingly transport ourselves beyond the limitations of the reasoning mind into that magical realm where a matchstick can truly become a terrifying witch: where the rapture of artistic seizure awaits.